This was another amazing year with headliners, Chick Corea, Wynton Marsalis, and Geri Allen. Next year is year 10! We had an awesome crew of 10 people– 7 veterans and 3 newbs. We even got to play music together. Corey, Ryan, and Chris became buddies with Wynton Marsalis, Hepatitis C awareness all around, and camera crews were well taken care of.

One thing I’ve learned is that people need a year to get used to the festival, which is why having so many veterans does not only make great company, but also a really efficient work force. It’s great to see this festival bring all of us together year after year. 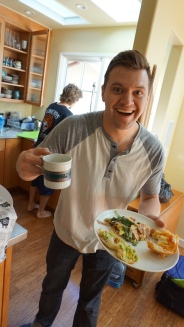