The Setlist for the Second Annual Sammy Awards! 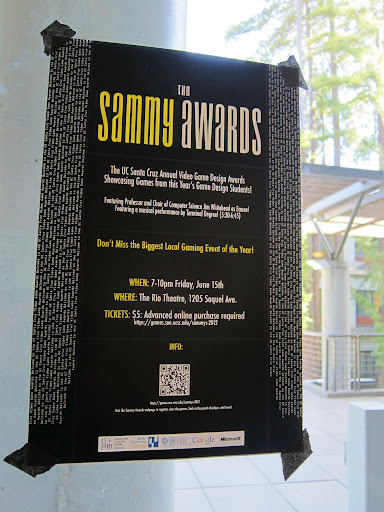 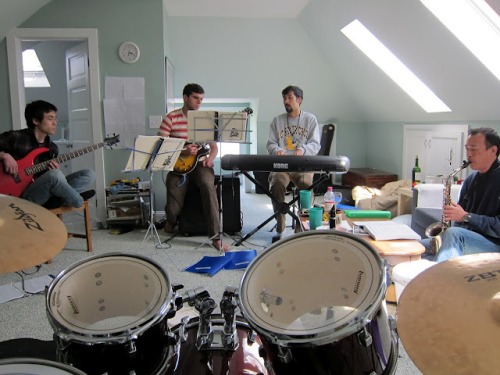 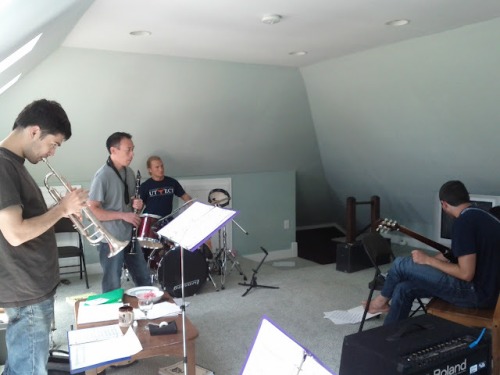 Terminal Degree Jazz Band performs THIS FRIDAY at 5:30 pm at the Rio in Santa Cruz. Wes Souza created the musical program for the evening of jazz standards and video game themes.

* The game Hello World is a callback to old single-session arcade style games. The player controls a space explorer who navigates to the center of each planet-maze he or she discovers, flips a switch at the center, and must escape backwards through the maze before the planet explodes into a star. This action is all framed by a story that gradually becomes uncovered as the player unlocks more planets. From the website: ” Hello World is a celebration of human’s ability to grow, our natural urge to explore, and the beauty of understanding.”

The song I sent in for Hello World is the Universe Theme–the song that plays when the player is navigating through space to the next planet. I think of it as pretty open, non-urgent, unthreatening, perhaps even lonely. The minor section meanders with what seems like no particular harmonic goal until it finds its way back to the familiar home key. This is meant to reflect the player’s likely behavior during this section of the game; fly through empty space until you see a planet, then explore it.

If you want to see a bit of this song in action, there’s a short video on the game’s homepage: helloworldgame.com

** “Last Chance is a tower defense game designed around cleaning up oil and defending beaches and sea-life from toxic spills.” (TeamBroFistGame.pbworks.com) The player is given several different tools (including a boat, fire, and bacteria,) with which to destroy the renegade oil drills and stop the spreading spill. The several different levels of Last Chance take place in various waterfronts around the world, and each one introduces a new character and a new tower. Cutscenes tie the levels together to form a story, and we join Barry, the engineer seeking to atone for his part in bringing the world to crisis, as he meets other activists along his journey. Their motives and relationships shape the heart of the game.

The track to the final level of Last Chance, entitled “Coral Riff” (for the level’s location along the Pacific rim,) was inspired by the location, by the urgency of the final level, and by the character associated with the level. Gregory, a biologist, is an eerily brilliant individual. In the original version, I chose the organ to represent him in the main melody. A didgeridoo interlude sets the location. The minor key and the building up of the synthesizers evokes urgency. It expresses a calm and calculating scientist losing his composure as the player, he, and the rest of the team give their all to save the world.